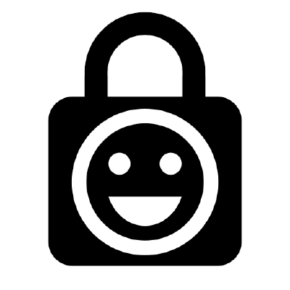 PGPainless aims to make using OpenPGP in Java projects as simple as possible. It does so by introducing an intuitive Builder structure, which allows easy setup of encryption / decrytion operations, as well as straight forward key generation.

PGPainless is based around the Bouncycastle java library and can be used on Android down to API level 9.

NOTE: PGPainless is in an early state of development. There may be dragons!

Include PGPainless in your Project

PGPainless is available on maven central. In order to include it in your project, just add the maven central repository and add PGPainless as a dependency.

The entry point to the API is the PGPainless class. Here you can find methods for a quick start :)

The first thing you probably want to do is generate you some nice tasty Key Pairs. The most straight forward way to do so is by calling

but feel free to explore the API further. PGPainless allows you to create Key Pairs consisting of a master key plus several sub keys, even with different algorithms at the same time! Take for example a look at this delicious key:

Encrypting and signing data is pretty straight forward as well.

Note: Despite the name, the EncryptionStream can be used to sign only as well. Simply replace the .toRecipients() option with doNotEncrypt().

The resulting EncryptionStream can then be used to encrypt data like follows:

The encrypted data will be written to the provided targetOutputStream.

Additionally you can get information about the encrypted data by calling

This object will contain information like to which keys the message is encrypted, which keys were used for signing and so on.

To process incoming encrypted / signed data, just do the following:

Again, the resulting DecryptionStream can be used like a normal stream.

After the DecryptionStream was closed, you can get metadata about the processed data by retrieving the OpenPgpMetadata. Again, this object will contain information about how the message was encrypted, who signed it and so on.

For further details you should check out the javadoc!

PGPainless is a by-product of my Summer of Code 2018 project. For that project I was in need of a simple to use OpenPGP library.

Originally I was going to use Bouncy-GPG for my project, but ultimately I decided to create my own OpenPGP library which better fits my needs.

To reach out to the development team, feel free to send a mail: info@pgpainless.org

PGPainless is developed in - and accepts contributions from - the following places:

Please follow the code of conduct if you want to be part of the project.